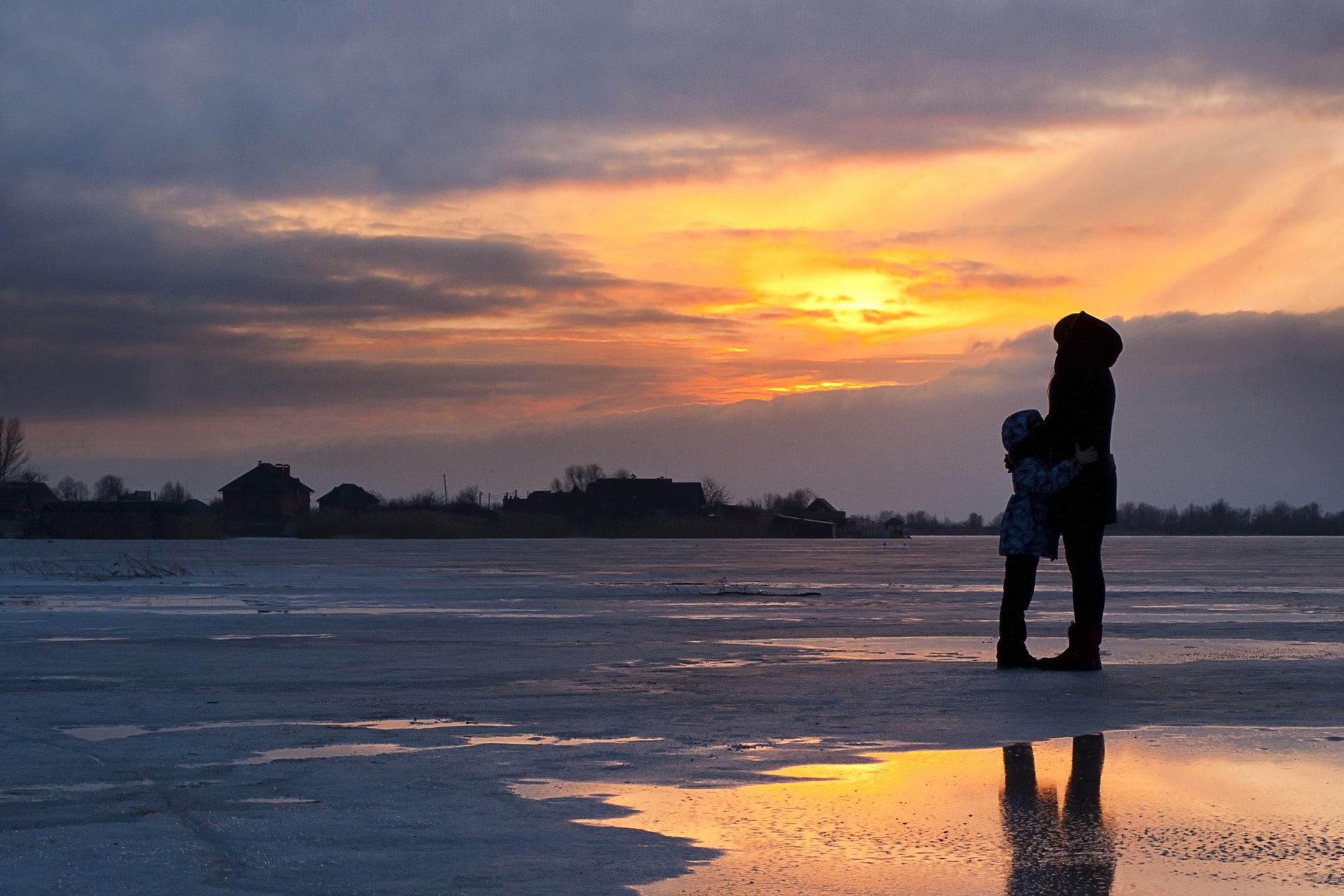 My Mother is the Beach

Two major events of my lifetime occurred simultaneously: I announced that I was about to become a mother, and my mother announced she was moving away. That was seventeen years ago. She has always hoped I would follow, and I have always hoped she would return, but we are still separated by nine hundred miles. I have come to accept this fact for the most part. At least that’s what I keep telling myself.

I remember one particularly gray and dreary day when my plane lifted off to see her, finally Florida bound. As I passed through the dark rain clouds, I was surprised to be greeted a moment later by rich, blue skies just on the other side. An involuntary smile rose from within as I reflected on this new perspective: the sun is always shining. It is a constant. What may sometimes seem like endless bleakness is only distorted by perspective. There are always blue skies just beyond the obstacles. Knowing is always just beyond not knowing. And understanding just beyond that. Although I was closed up in a small, pressurized cabin, my soul took a giant breath of fresh air as I admired the crisp details of the gleaming, white cloud-mountains and attributed it all symbolically to the much-needed visit my inner self needed with mom. The people down below became more and more insignificant, vanishing from sight, incapable of seeing what is above, foolish or forgetful. And I had often been one of them. I have never looked at a gray day the same way since.

Later, when I was hovering above the familiar stretch of beaches, bridges, and hotels, I felt home. This place, holding so many memories for me, holding my mother in its gentle, cupped gulf-shore hand, had truly become a part of me. If home is where the heart is, then I have several, as pieces of my heart are scattered across the country: my hometown where I grew up, my hometown where my children have been growing up, and my mom’s hometown she set up on her own, with guest beds always ready.

Visions of my mother fill my mind as I once again wait patiently to land. At the same time, I realize how much this place is my mother. I find myself sad for the first time at the thought of separating the two, as I have been trying and hoping to do for some time. I used to think of her all alone out here so far away, and it saddened me. Nowadays, I can barely get hold of her on the phone she is so busy running around with her retired friends. She has recently lost her long-term office job, but has worked so many long hours her whole life, it is hard not to see it as a blessing in disguise. I think about how much she detests cold weather and being a shut-in, as she describes it, in the old, cold Midwest winter months. The Panhandle suits her, with temperate weather year-round. Seventeen years ago, my mother was brave enough to get up and leave, after her husband and children left the house, her dream house. She traded it in for sunnier shores, and for that, I am proud of her. No, she would not be the same away from this place, her home. And this place would not be the same without her.

My mother has suffered many hardships in life. Unlike the hurricanes she has fled from that come barreling in from the ocean, these personal hurricanes she has faced head on. And like the buildings along the beach, when the storms knock her down, she rebuilds herself—again and again, each time a little stronger. Her enemies are not mortal, but psychological, lurking in the murky depths. But when her worry grabs her by the ankle like seaweed, when depression pulls her away from shore like undertow, she always manages to break free and keeps moving, conscious of her need to swim faster, swim harder, swim away, swim with others.

My mother is the sea oats that stand tall but soft against the tide, with roots that run deep, withstanding the salt and the wind, holding and protecting always her dunes. If only it were against the law to hurt my mother as it is the plant. My mother is the white sand, soft and warm in heart, shifting in mood, too easily manipulated, too often shoveled. She is the ocean, away from shore, salty water tears that bear no witness.

As I walk along the beach, I slow my pace, reminding myself that I am in no hurry to get anywhere, or perhaps I have already arrived. I could spend hours upon hours here, with myself, listening to the waves, listening for my self, looking out into the magnificently vast ocean, feeling insignificant, feeling invincible. I do not believe I have yet found my place in this world, have yet developed my potential, have yet gotten to fully know my own self. I wonder if I sit here long enough, if I will. Perhaps I am not even meant to in this lifetime. I put a conch shell to my ear and listen carefully to its whispers.

In the distance, I watch my mom watching my daughter. I imagine we are back in time, and she is watching me. From the local air force base, a jet soars over the water. Time to me is like that passing jet, I think; by the time you hear it, it has already passed. I look out into the water that has no visible end, but blends into the distant sky. It, too, is a testament of time; of the unfathomable lifespan of the universe, the fleeting lifespan of the human. Moments like these, when I humbly stand before the majesty of nature, I know there must be more to this life than we are able to perceive from this perspective, like that blue sky above the rain clouds. And I try to have faith that in the end, all of it will make better sense to me, and I will get to walk on the beach for eternity…with my mother. 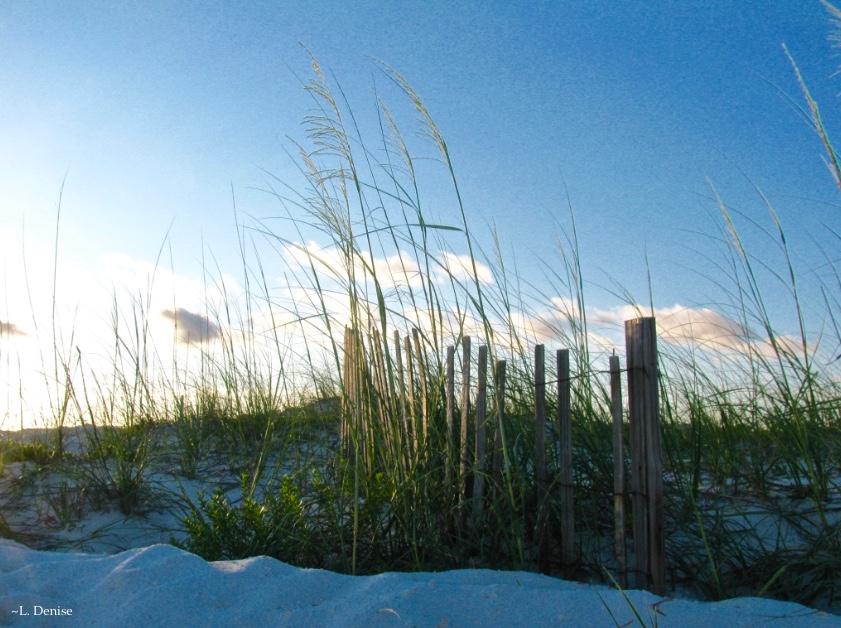 Written by Laura Denise. You can find her writing on her blog, on Twitter and on Instagram.

COMMENTS: 11
TAGGED: Archive|Personal|Words by Our Readers 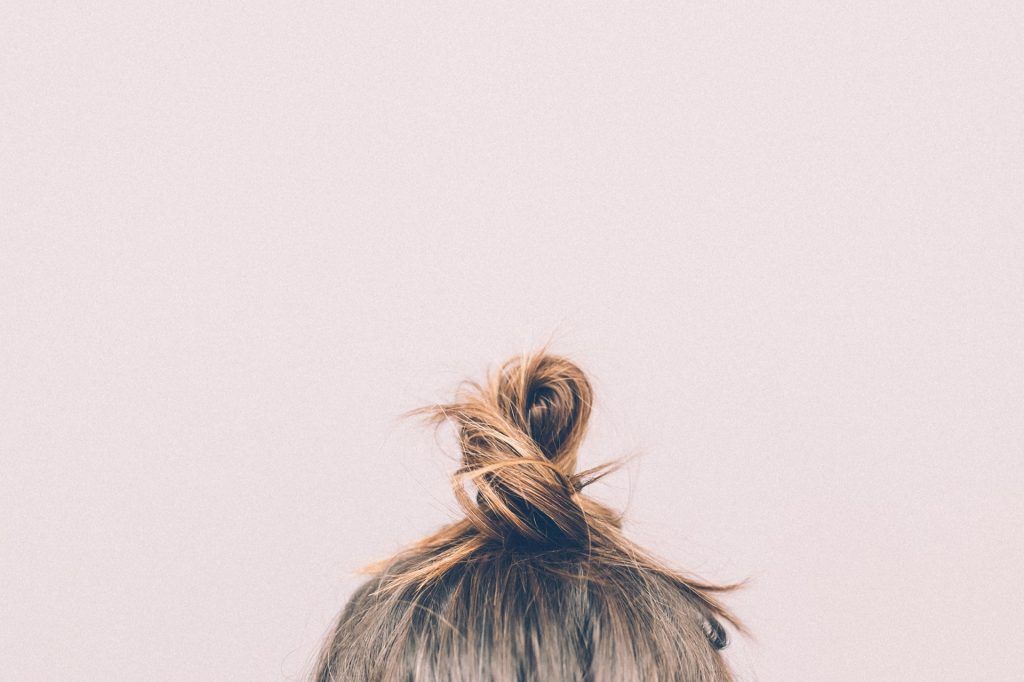